Wow, 2014 was a roller coaster year. Between moving cross country, getting married, family health problems, Etsy issues, etc, it was anything but boring! Overall, I will say it was an awesome year. I feel I made huge progress artistically, in no small part thanks to Michel Sturlin for guiding me in developing my artistic vision (yes, I do have one! I think of myself mainly as an artisan but now I can see how my design sense works and that there is a strong artistic core there) and to all the wonderful people I met online, way too numerous to name individually.

I admit I am somewhat ritualistic on occasion. For example, I didn't want to end 2014 just working on humdrum things, I wanted something special to close it off. Since I discovered how gorgeous and varied pearls can be, I decided on a pearl necklace. Since I had this gorgeous strand of button pearls waiting for something unique, I decided I was on the right path.

I also wanted to balance the classical with something a little edgier. Instead of using a white silk to knot the pearls, I chose this beautiful navy. The navy adds contrast and helps to visually separate the pearls, so each one can shine on its own, instead of blending together. I also double knotted for heavier knots, to help the navy stand out and further separate the pearls.


And, finally, I needed a clasp. Better yet, I wanted a versatile piece that would work with multiple clasps.

My first inspiration were the 18th century pearl chokers. They are so elegant! Some were worn impossibly high (giving literal meaning to "choker") while most were just nicely nestled in the curve of the neck. 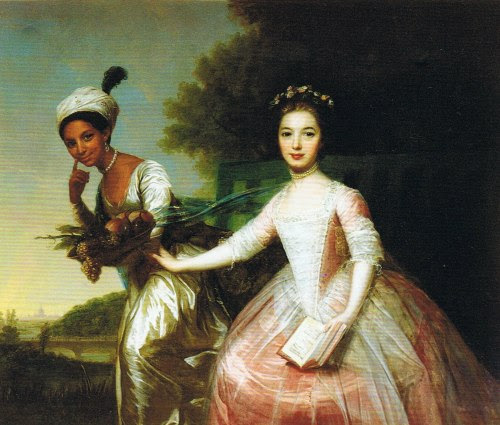 That line of research led me to a simple navy blue satin ribbon, tied in a bow and streaming down the back. To avoid looking over the top, I used a thin ribbon, but a wider, shorted one would also look great. 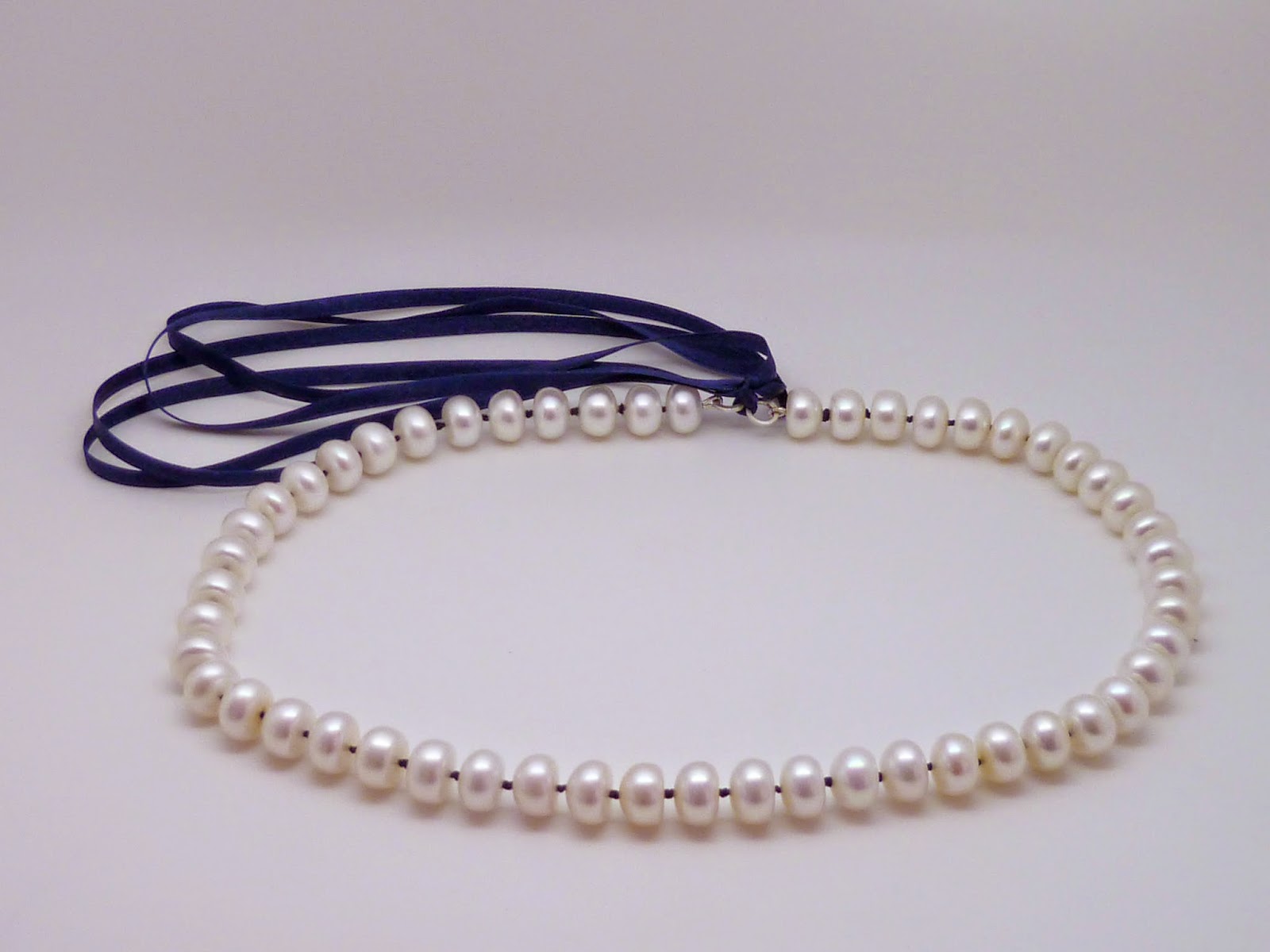 Then, for the second look. I wanted a stone clasp, with small hooks to hang from the jump rings used for the ribbon. Lo and behold, I had the perfect lapis lazuli just waiting for this project. Rarely does a project come together so easily, with everything already in hand.


Isn't this a lovely way to end a year? 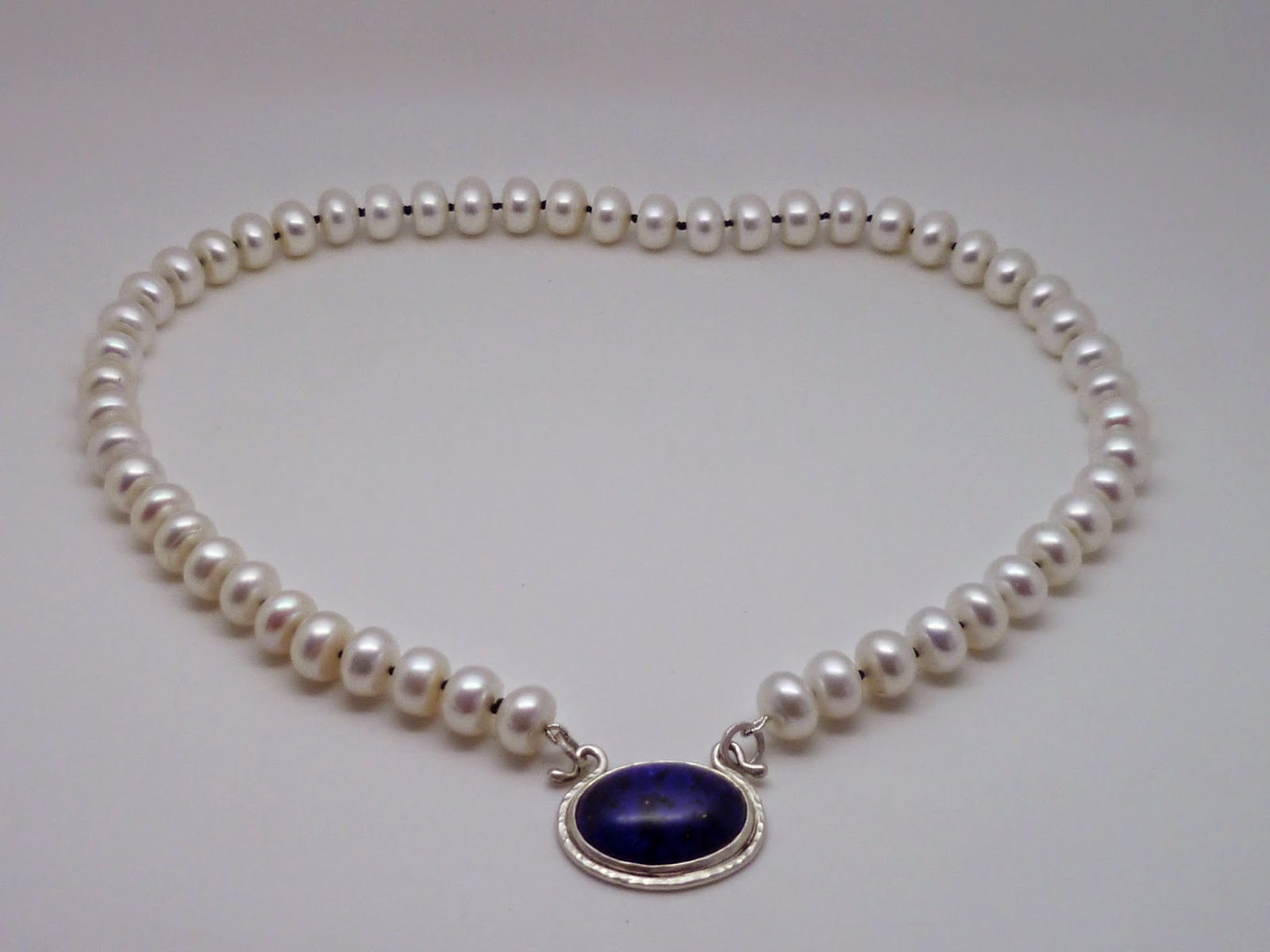