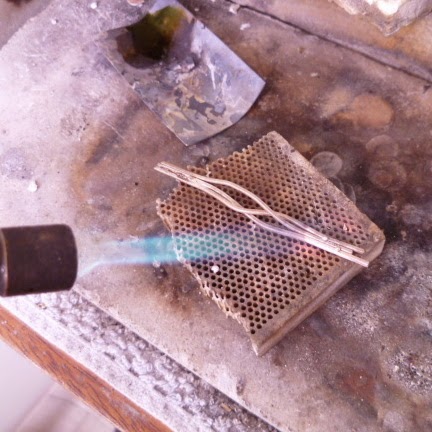 Posted by Beatriz Fortes at 5:42 PM No comments:

Should I keep the book reviews here or spin off a separate blog? I am thinking of spinning off since they usually have nothing to do with my usual topics but I will keep them here if you guys want me to.
Posted by Beatriz Fortes at 3:56 PM No comments:

New works and works in progress

While I have plenty of new work, I have been very lazy about photographing and sharing it. Most of these pieces have remained my preciouses for now but just for a little while more. 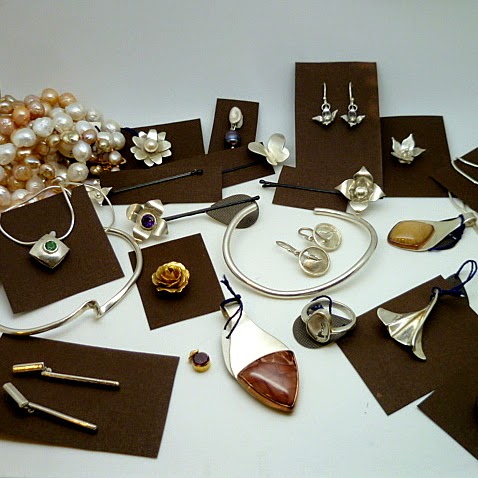 Just some of my new pieces

But all that backlog doesn't mean I am not working on others. Right now, I am exploring these shapes 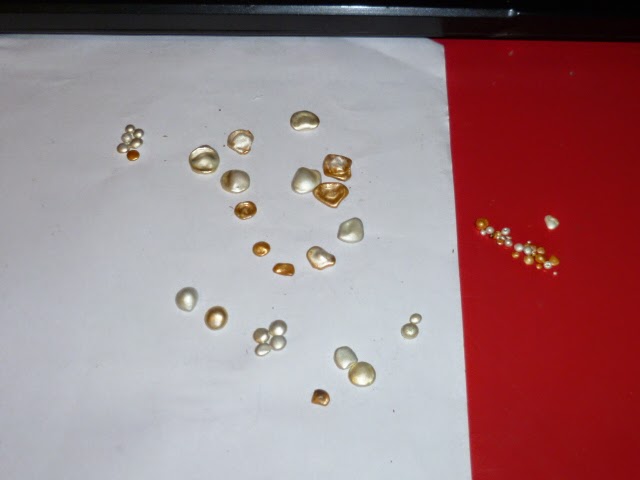 These are formed by dropping molten metal into water, creating soft, organic shapes. By varying the amount of metal, the height and the water temperature, different effects are achieved.

And here are some of the pieces they were made into. I combined them with pearls, harmonizing the shapes and soft textures. 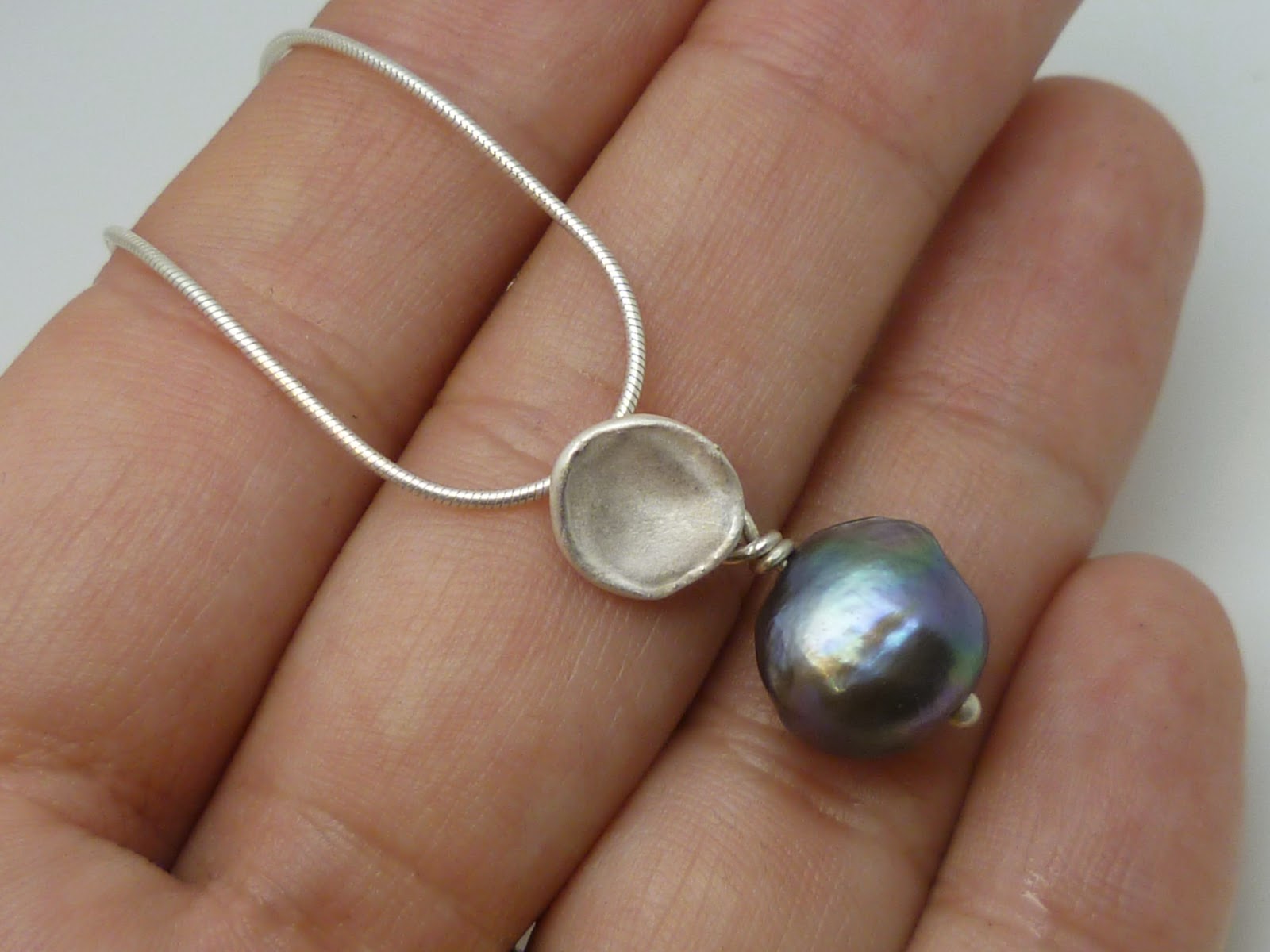 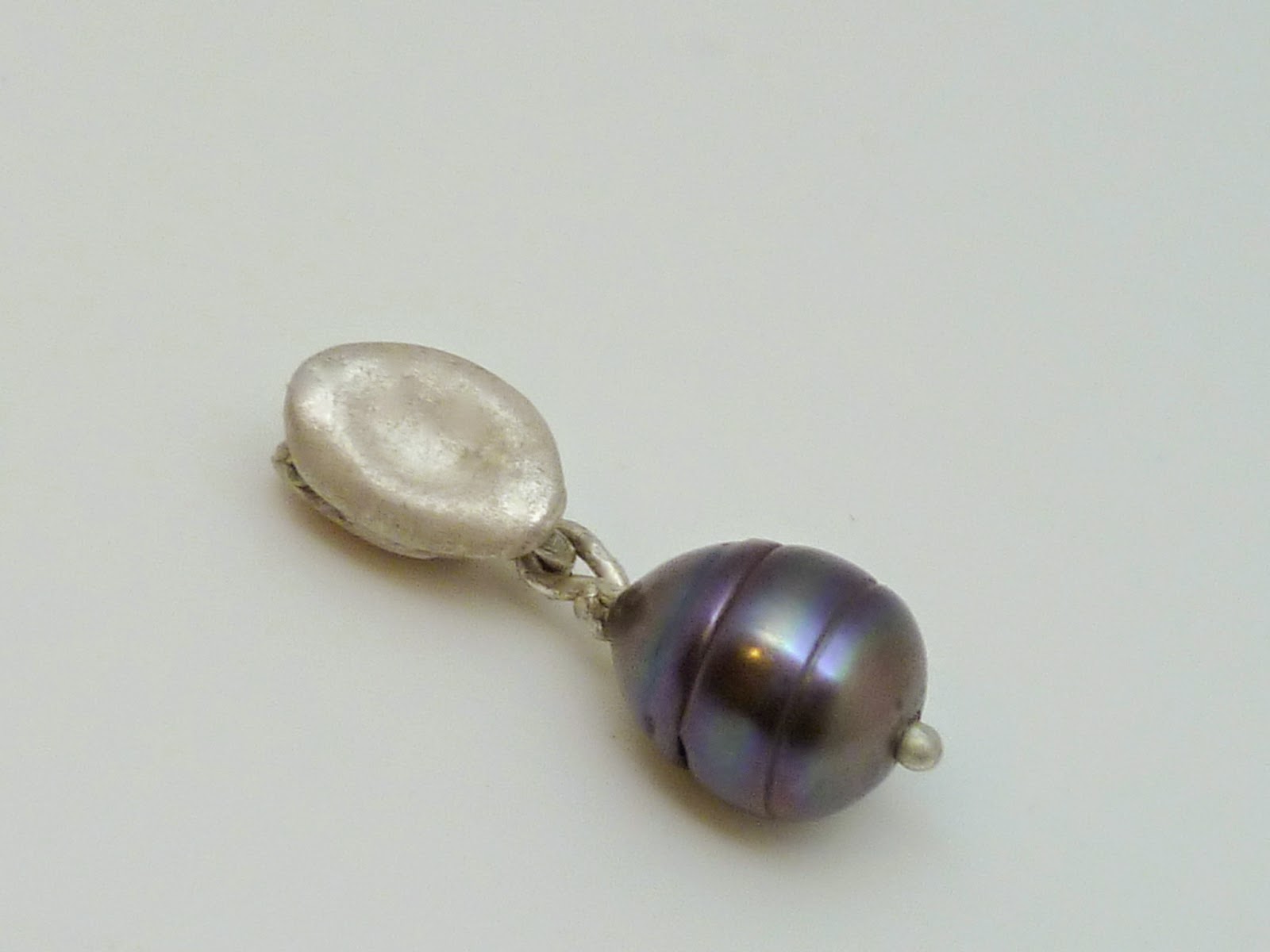 Posted by Beatriz Fortes at 11:46 PM No comments:

The essence of art

I recently found out that there are people who debate whether ballet is an art or a sport (yes, I have been reading YouTube commentary again - bad, bad me!).

The argument for sport seems to center around the physical effort required of dancers and that seeing it as art would diminish that effort (as I said, I am going by YouTube comments so please feel free to correct me or to expand the argument).

I am no doubt in the art side of the argument. It seems hard to relegate artistry to second plane in dance. Even the more abstract choreographies still attempt to transmit ideas, explore artistic concepts, etc. If we compare a gymnast's routine with a dance, the former is focused on the physical accomplishments with the aesthetic as a second thought. The later is focused on the expressive and the physical is a means for this.

In the video, we can see what the athletes are being judged on: strength, precision and formal perfection. We can see that the movements are in a sequence but not necessarily an artistic sequence.

Let's look at a review of a ballet performance:


"She then joins the vengeful ghosts of jilted brides in the forest as a mature woman who defends her beloved betrayer long enough to save him. Eastoe's portrayal is an emotional journey in which every changing aspect is believable. She has always been a strong actress; now, as she ends her stage career, her technique and ability to convey meaning through body language are at their peak. I am sorry to see her go.
[...]The corps de ballet is in top form: vivacious and communicative in Act I, softly synchronised in Act II. Peter Farmer's traditional designs, lit by Francis Croese to William Akers' original plan, look good. Adolphe Adam's music gets melodious treatment from the Australian Opera and Ballet Orchestra, conducted by Nicolette Fraillon."Read more: http://www.smh.com.au/entertainment/dance/giselle-review-australian-ballet-bids-madeleine-eastoe-farewell-at-her-peak-in-triumphant-gielgud-production-20150403-1me6nk.html#ixzz3WMzCYPm0

The critic focuses on communication, emotion and storytelling. He doesn't ignore the technical side, of course, but as a mean, not an end. Of course virtuosity has an important place on the stage. But a dancer doesn't just go on stage and do . That would just baffle the audience. In the context of a choreography, though, such a display of technical mastery is breathtaking.

Another difference between ballet (and other dance forms) and sport is the choreographer. If we see dancers as athletes, what are choreographers? Their entire role is to develop an idea and communicate it through movement and music. A brilliant choreography will be picked up by other dance companies and still have meaning a hundred years later, while a skating routine (which also integrates music and movement) is disposable and will be forgotten after a skater moves on to a new routing.

But why did this debate resonate so strongly with me? It goes back to an idea I've already written about. Saying dance is sport because it requires training and strength goes back the idea that art is effortless. And art is never effortless.
Posted by Beatriz Fortes at 4:52 PM No comments: