I've shown the last piece of 2014, the pearl necklace. But, of course, that doesn't mean that everything was neatly wrapped up in 2014, leaving 2015 a blank slate. Quite the contrary; there are several (ahem, nice understatement) unfinished projects around to be taken up this year.

Most of the unfinished projects have a clear direction and I just need to sit down and finish them (the nice rubellite cab ring, the large gold rose, the silhouette pendant, etc). This is the big unfinished project, though. It was an answer to Peter's challenge for us to slay our beast and face the design and fabrication issues we most avoid. In my case, it was asymmetry, multi metal and ornamental. A quick look at my work will show that I tend to symmetrical pieces, in a single metal and a somewhat minimalist look. 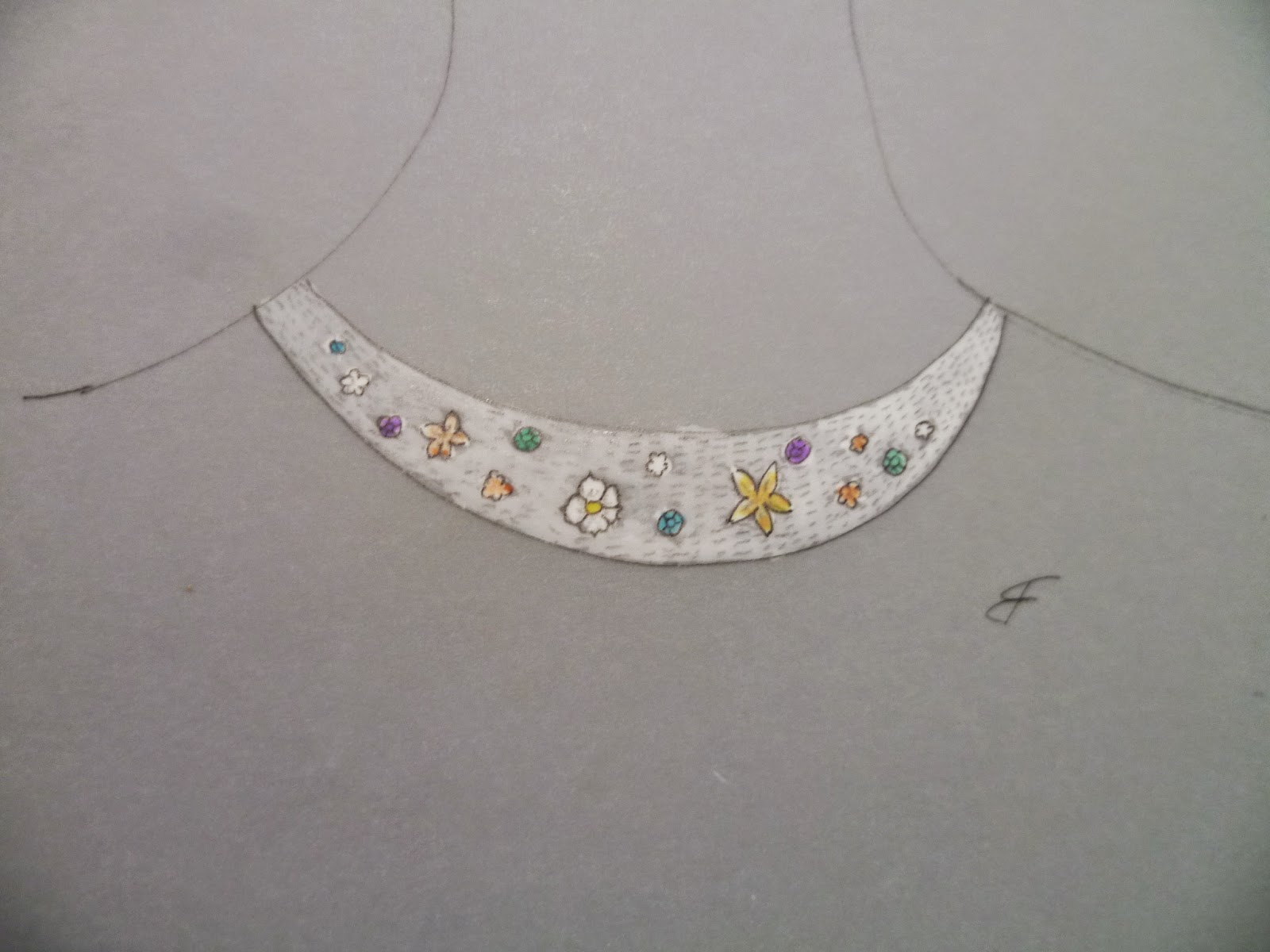 The first challenge was braiding the neck piece. It is significantly more complex than braiding a bracelet. The wires are much longer (hello, safety glasses!) which make them both harder to control and the ends get quite work hardened by the time they are braided. The shape has to have more curves to sit correctly - they have to curve around the neck as well as over the shoulder and over itself, so they look rounded. The braiding itself is quite time consuming.

The first attempt was an unphotographed failure. I have some pride and I won't share that one with you. I tried to mock it up with copper wire but the wires hardened much too fast for the work. Then, I tried argentium silver, so the entire thing could be heat hardened at the end. Have you any idea how easily argentium wire will crack when annealing? Yup, another attempt bit the dust.

This was my final try. I am not completely happy with it but it is decent and very wearable. The photograph greatly magnifies the unevenness at the back - by the time you consider all the curves plus the distortion caused by the wires, it looks a mess even though it isn't. Really, I promise.

At this point, all I can say is that it is neither asymmetrical, ornamented or multi metal, which means it is time to get to work to make a profusion of flowers and gemstone settings to adorn this basic shape. And that is work for 2015!
Posted by Beatriz Fortes at 8:10 PM